Westworld Showrunners & Cast Tease What To Expect From Season Three

San Diego Comic Con (SDCC) is the mecca for science-fiction and fantasy fandom. Westworld is arguably the most compelling science-fiction series currently on television, encompassing themes on artificial intelligence, the human condition, and the nature of reality. The cast and showrunners were at SDCC this year to discuss the series and its upcoming third season which will premiere sometime in 2020.

The great news: HBO officially released the full-length trailer! It opens with Dolores stating, “We all have our role to play. There are machines in this world, but not like us.” Chills. Charlotte Hale (or Holores) exits a futuristic-looking Delos helicopter, Caleb appears distressed while holding a seemingly unconscious Dolores, and Bernard rocks a farmer look. The trailer unveils Maeve in a post-world War II world, and as the trailer crescendos into action sequences and one-second clips, we get a glimpse of the Man in Black looking distraught. It flashes by quick, but Caleb is seen pointing a gun at Bernard. You can watch the full-length trailer here. 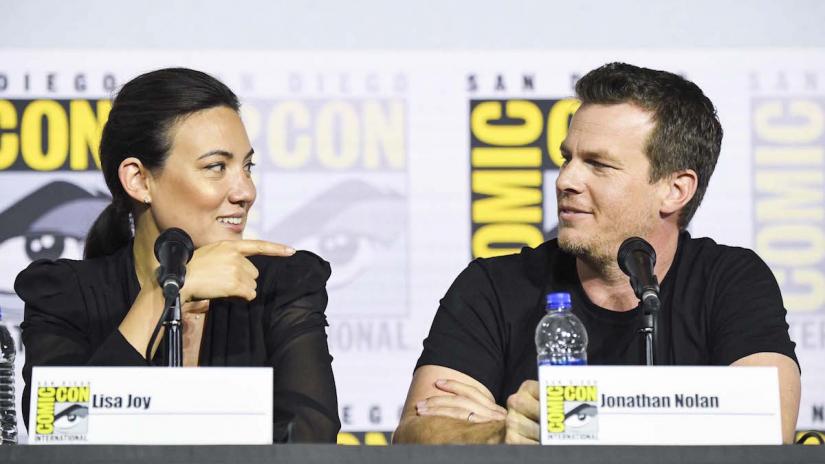 Nolan re-iterated that five years ago, he and Joy mapped out five seasons of Westworld. So don’t worry if season two left you with more questions than answers. Lisa and Jonah, like Ford himself, have a grand plan set in place.

In the past, the showrunners have mentioned that each season will be completely distinct from one another. Webb reminded us that season one was called “the maze,” season two was “the door,” and Jonah confirmed that season three would be “the new world.” 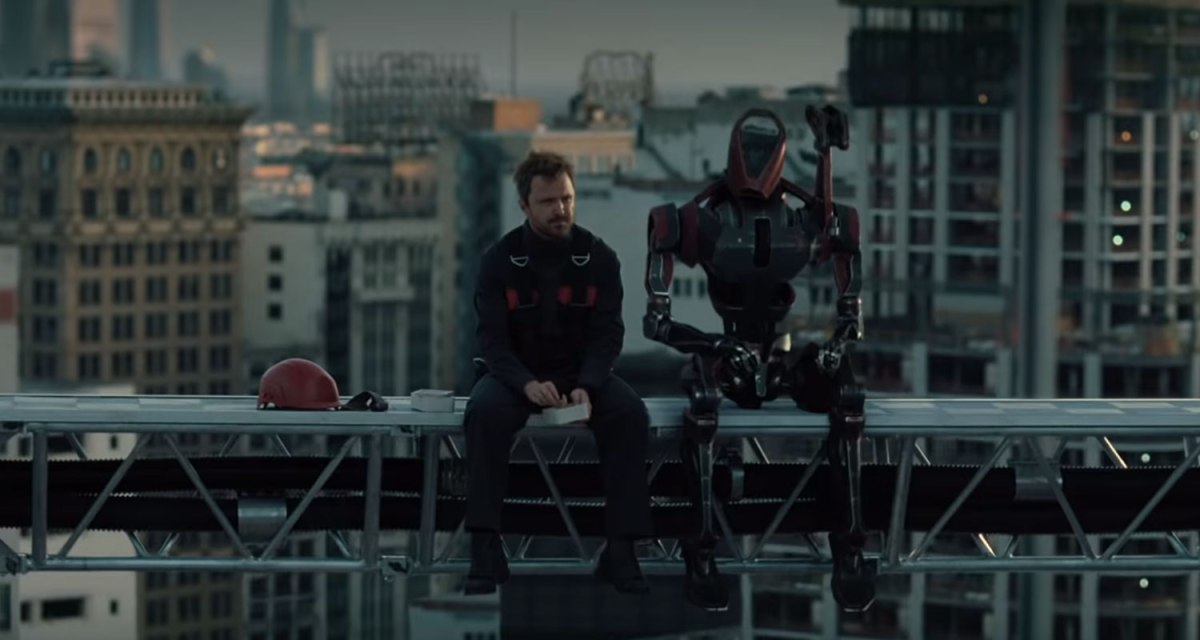 We learned that Aaron Paul’s character, Caleb, is a construction worker with a robot friend named George. When asked if Caleb is a white hat or black hat, Aaron responded with the following:

“Caleb has a complicated past…there’s a bit of white hat and black hat.”

Oh, the vagueness! But we’ll take what we can get. When a fan asked Aaron where Caleb fits in society, he responded that Caleb was born into a “complicated thing.” Evan Rachel Wood added that Aaron’s character “will challenge her ideas about humanity.” Hmm.

Addressing Inequality In The Third Season

Jeffrey Wright mentioned that the ways in which we use technology to create job displacement and income disparity will be addressed in this upcoming season. He said the following:

“…this seems like a glaringly obvious driver behind wealth disparity in our country, and we don’t have a conversation about it, so I’m really appreciative that we can at least have a conversation on our show about these things and increasingly so this year during season three about the ways in which inequality is being driven by these tools that we’re all kind of addicted to.”

Westworld is known to challenge the ideas of rapidly-evolving technology and the potential dangers of them. It will be interesting to see how the show addresses this issue since it’s known that the Westworld theme parks cater to the ultra-rich.

Expect Parallels Between Westworld And The Human World

In an interview with MTV at SDCC, Evan Rachel Wood mentioned the following:

“…now we’re exploring the parallels of how the park works, how the real world works, and how the two are actually quite similar.”

The theme parks in the show are used as a mechanism to hold a mirror to humanity’s ugliness (and beauty). In the trailer, Dolores is the following in a voice-over:

“I thought your world would be so different from mine. There isn’t any difference at all, is there?”

It’ll be exciting to see how Dolores navigates the new world that she thought would be different from her own experience.

The Main Thing We Took Away From This Panel